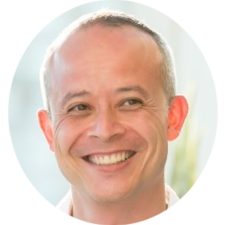 Robert was born and raised in the south of the Netherlands, but has a very international background. Both parents were born in the then Dutch East Indies to parents of mixed descent. Not only Dutch, but also German, Danish, Indonesian and Chinese, so what does that make him? He feels very much as being Dutch, and so does his passport show, but he never completely felt at home in Holland. In his last year of university he went to Japan to study Japanese and he never went back to Holland. Now he calls Japan his home as his stay there has now been longer than his stay in Holland.

Robert is an entrepreneur by heart and is always full of ideas and always open to also try out those ideas. By having done that he has gained a lot of experience that he can use in his and his clients’ favor. He started out as a simple English teacher in a high school, worked for a Dutch diplomatic post in Japan trying to match Dutch and Japanese businesses, he had his own import business and then changed work to become a risk management consultant. All these experiences he puts to work when he interacts with potential contracts for his clients. He is therefore able to match the specific wishes of his clients with the needed services anywhere in the world.

Being fluent at three languages (Dutch, English and Japanese) and having his international background, he is able to not only be the bridge between people on a level of communication, he also is able to bridge different cultures which makes him an asset to any company hiring him.

A special person in his life once told him that in his heart he is still like a teenager, and that is very true. Robert always tries to keep his knowledge up-to-date so he is able to communicate, interact and do business with people of all ages. He also is always full of energy, working to get the best possible deal for his clients and he does all that with a smile on his face.

At Stroop! he complements the expertise Marc brings to the table with his expertise in warehousing and logistics, but he is also able to use his sales experience to benefit his clients.